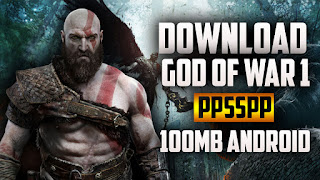 hello super gamers! and welcome to our gaming site so guys my name is Addy (Adeeb shaikh) and today guys I have a ultra highly compressed version of God of war chains of Olympus in this version you will get the whole games in just 100Mb size the works only in psp so if you wanna play it on android you have to install the ppsspp emulator in your device.

God of war is a third person action adventure game series. The god of war chains of Olympus is one of the part of this game series the game is developed by Ready at Dawn and Santa Monica and published by Sony computer entertainment this was release for psp portable on 4th of march 2008. This was the 4th game of god of war series. The player controls the kratos who is a spratan warrior and he have to save the Olympians Gods.